From the book to the film 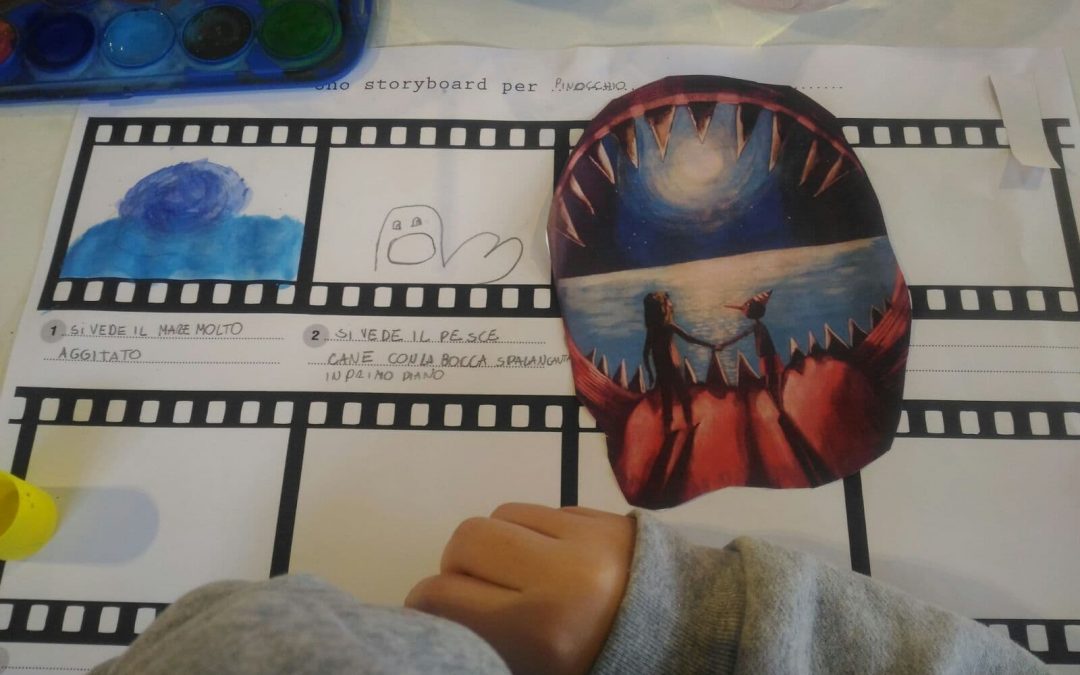 The Education Department of Cinecittà Shows Off-Istituto Luce Cinecittà began to develop a special project in 2016 that focused on the relationship between cinema and literature, activating teaching proposals for schools of all ages and for free use. As part of this project, the Education Department presented the initiative, entitled Dal Libro al Film (From the book to the film), at the Biblioteche di Roma stand of the Più libri più liberi 2017 Fair for Small and Medium Booksellers, and at the Bookstock Village and Nati per Leggere – Piedmonte stand of the 2018 Salone del Libro (Book Fair).

Dal libro al film is an interdisciplinary project that connects literature, cinema, art and illustration. Aimed at children and families, the project includes interactive reading, animated visits and workshops on the links between literature and cinema, presenting the great literary classics through the moving image and illustrated albums.

The educator-actors of the Pinocchio workshop use props and wear costumes designed by Danilo Donati for Roberto Benigni’s film Pinocchio.

As the costumes and props belong to Istituto Luce Cinecittà, the workshops and their educational content promote the heritage of the Studios that is available for all to visit.