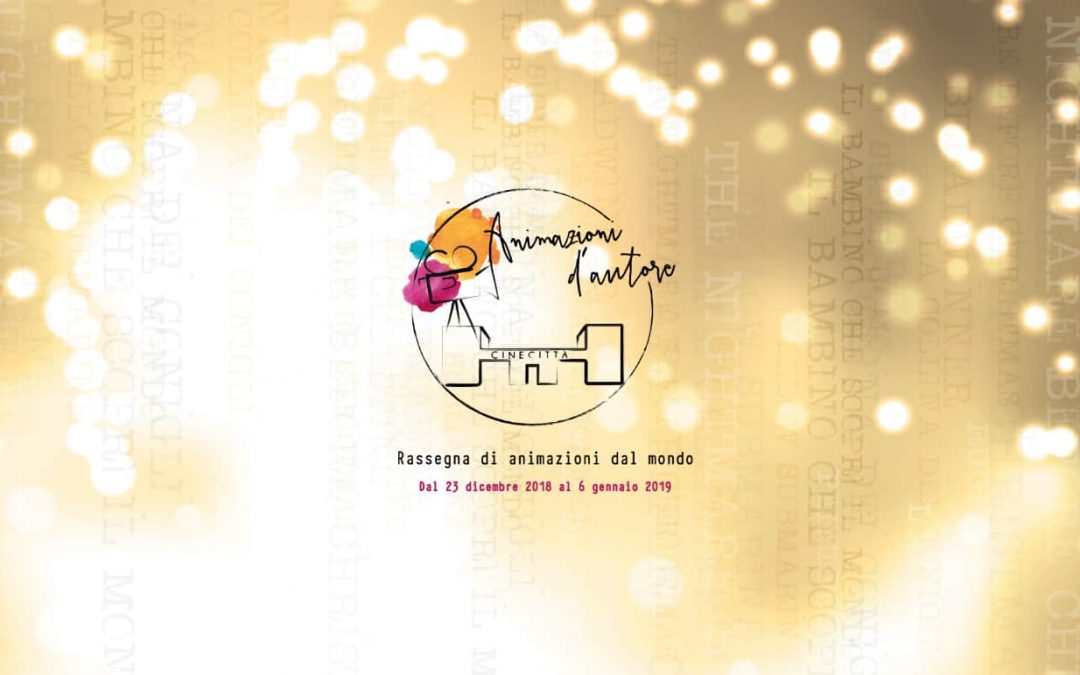 Following last year’s success, Animazioni d’autore, the festival of animated films for children, promoted by Istituto Luce Cinecittà is back for a new season.
From 23 December 2018 to 6 January 2019 – the 12 days which span the traditional winter season, from Christmas to Epiphany – will be marked by screenings open to all Cinecittà Shows Off visitors.
In addition to the screenings, scheduled every day at 3pm in the stunning Fellini Theatre, the Animazioni d’autore programme includes daily workshops which offer children the opportunity to experiment and learn about the language and techniques of animation.
The 2018-19 festival focuses on an imagined voyage around the world with its selection of international films: a journey through images, animated drawings, and stop motion that stretches from Spain to Brazil, crossing through France, Japan, Italy and Great Britain, bringing a range of animated masterpieces, varied in theme, subject matter, technique and expression to the audience at Cinecittà.
Inaugurating the event is the screening of The Nightmare before Christmas, the Tim Burton inspired, stop-motion masterpiece that made the idea of a different kind of Christmas famous around the world, that experienced by Jack Skeletron in the city of Halloween.
Along with the 12 films, the festival includes an exclusive preview for Cinecittà Shows Off visitors of The Breadwinner, the animated film produced by Angelina Jolie, acclaimed at the Toronto International Film Festival and winner of the most recent International Animated Film Festival in Annecy. Based on Deborah Ellis’ novel of the same title (still unpublished in Italy) the film tells the incredible story of 11 year old Parvana who is growing up in Afghanistan in 2001 when her father is unfairly arrested and dresses as a boy so that she can go out and work.
Animazioni d’autore is part of the outreach programme, offered by the Cinecittà Shows Off Educational Department since 2016, which includes monthly appointments with animated films by international and Italian directors.
The Fellini Theatre hosts the screenings that will serve as a launch pad for the workshops where the participants can then experiment with the language, themes and techniques used in the films.
The workshops are held at Cinebimbicittà, the workshop space which encourages children to express their creativity.
Animazioni d’autore is curated by Barbara Goretti and Serena Giulia Della Porta, in collaboration with “Senza titolo” Progetti aperti alla Cultura.

Information:
Cinecittà Studios – Roma, Via Tuscolana 1055
23 December 2018 to 6 January 2019– Fellini Theatre at Cinebimbicittà
Entrance to the screenings and workshops is included in the ticket to Cinecittà Shows Off