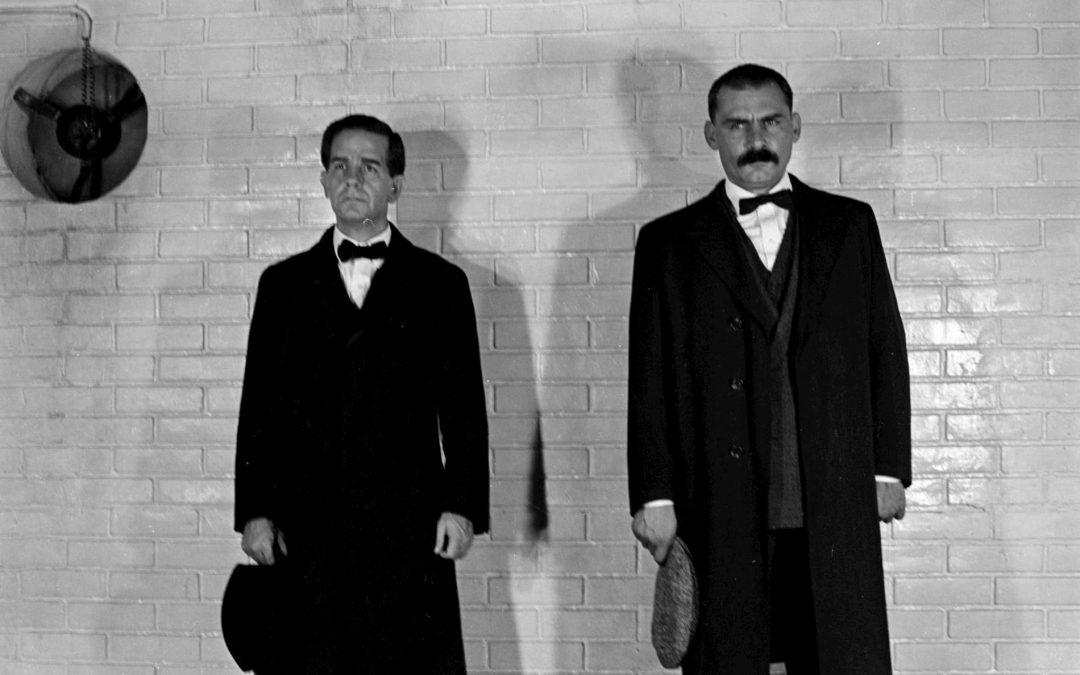 From 26 October to 6 November 2017, Cinecitta will honour the memory of Nicola Sacco and Bartolomeo Vanzetti, unjustly sentenced to the electric chair in 1927 for a crime they did not commit, with an exhibition of photographs: “Sacco & Vanzetti – 90/40”. The numerous shots displayed were taken on set by Enrico Appetito during production of the 1971 film Sacco & Vanzetti, directed by Giuliano Montaldo, starring an unforgettable Gian Maria Volontè and Riccardo Cucciolla.
The photographic display in Teatro 1 is part of the exhibition curated by the Archivio Storico Fotografico Enrico Appetito, in collaboration with Istituto Luce-Cinecittà, ETICAARTE and Amnesty International (Italian section).

Ninety years after the execution of the two Italian anarchists on 23 August 1927 and fifty years after their formal exoneration cancelled every blemish on their reputations, the film Sacco & Vanzetti has been restored in a 4K copy which will be presented during the 12th Rome Film Fest. The screening will take place on 4 November at 6.00 p.m. in the Auditorium Parco della Musica, Sala Petrassi, during a gala evening in the presence of director Giuliano Montaldo and Maestro Ennio Morricone who wrote the famous soundtrack to the film, which included the hit song “Here’s to you” with Joan Baez.